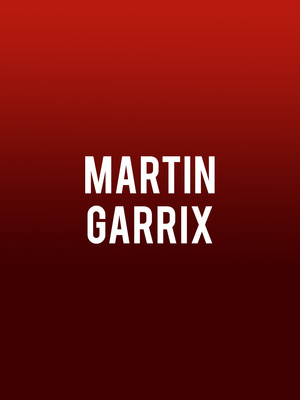 While dance music has seen its fair share of young talent, no one has hit the same heights at such a tender age as Garrix.

At the tender age of eight years old, Martin Garrix saw Tiesto perform at the 2004 Olympic Games Opening Ceremony and was hooked on dance music from then on. Honing his skills throughout his teens, the Dutch EDM DJ and producer kicked off his career with a remix of Christina Aguilera's 'Your Body' in 2012 before majorly breaking through to the mainstream with multi-platinum smash hit single 'Animals' from his debut album 'Gold Skies'.

Seamlessly blending electro, progressive house and future bass, the young up and comer solidified his status as a rising force with collaborations featuring David Guetta, Khalid, Dua Lipa and Bebe Rexha. Following a festival season that included dance-floor-filling sets in Ibiza, the UK, Norway, Spain and the US, amongst other places, Garrix returns to North America for a handful of hotly anticipated dates, bringing along his trademark drops, retina-searing light show and uplifting music along for the ride.

Sound good to you? Share this page on social media and let your friends know about Martin Garrix at Big Four Building.