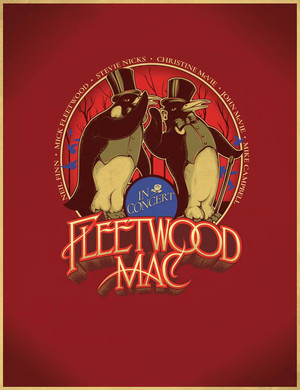 Through the Seventies, the band's personnel and style shifted with nearly every recording as Fleetwood Mac metamorphosed from a traditionalist British blues band to the maker of one of the best-selling pop albums ever.

An Evening with Fleetwood Mac

One of the most enduring bands of the past five decades, Fleetwood Mac prove there is life after Lindsey on this sprawling 52 date tour. With a set list that covers their entire history, they'll line deep cuts and rare tracks alongside some of their phenomenal hits for the first time. This is one evening fans will not want to miss!

This iconic rock band have amassed an enviable track record and back catalog, including over 17 studio albums, 69 singles, seven Grammy nominations and two Grammy awards. Despite the game of musical chairs that has been their line up (for this tour Lindsey Buckingham will be replaced by Mike Campbell of Tom Petty and the Heartbreakers and Neil Finn of Crowded House) , they continue to inspire and thrill across generations with that unmistakable folk-rock sound.

Simply amazing! My favorite band of all time. First time ever seeing... more

Sound good to you? Share this page on social media and let your friends know about Fleetwood Mac at Scotiabank Saddledome.