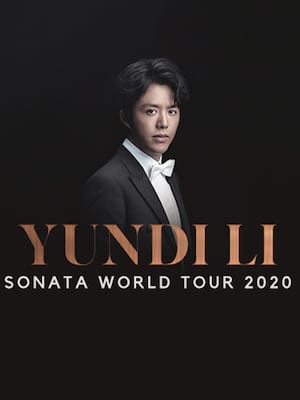 Passion, sacrifice and dedication. These have been the tenets of Yundi Li's life.

Yundi is a stellar musician in his arena. Talented since childhood, the pianist gained worldwide recognition when he became the youngest pianist to win the International Frdric Chopin Piano Competition in 2000 at the age of 18. Yundi's early success is no surprise as the star learnt to play the accordion at only four years old before mastering the piano and becoming an award-winning pianist.

His talent led him to win the 1998 Missouri Southern International Piano Competition in the junior division, and third place at the International Franz Liszt Piano Competition of Utrecht in 1999. Yundi received the silver medal of the Gloria Artis' order of merit from the Polish Minister of Culture and National Heritage for his renditions of Chopin's compositions in 2010.

Sound good to you? Share this page on social media and let your friends know about Yundi at Southern Alberta Jubilee Auditorium.