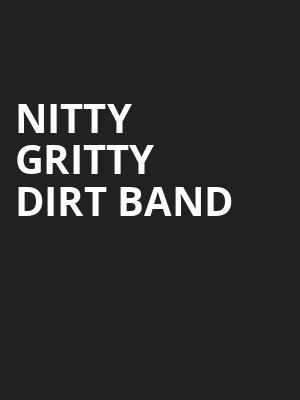 The boys head back out in celebration of their 50th anniversary!

Celebrating OVER 50 years of country rock!

Now celebrating over 50 years since forming in 1966, Nitty Gritty Dirt Band have existed in various incarnations; from their early days as a large ensemble to the critically acclaimed folk and country rock group that they are today. Despite their heyday existing in the late Eighties where they charted three number one singles, their popularity has seen a resurgence with their continuing dedication to touring and recording new material.

Having virtually outlasted every other folk/country rock band from the Sixties, with their last studio album Speed of Life recieving acclaim for its minimal post-production tinkering. However, their most popular song was their 1970 hit cover of "Mr. Bojangles", originally recorded by Jerry Jeff Walker. In addition, their Nashville-recorded 1972 album Will the Circle Be Unbroken? remains to date, their most successful in terms of sales and critical acclaim.

Photo by Dominik Scythe on Unsplash

You may be required to wear a mask during this performance. Please contact the venue directly for more information.

Sound good to you? Share this page on social media and let your friends know about Nitty Gritty Dirt Band at Southern Alberta Jubilee Auditorium.