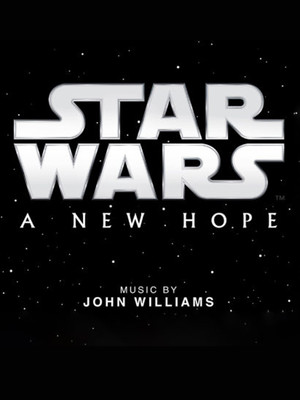 Why See Star Wars: A New Hope In Concert?

The one that started it all

Get ready to jet into the cosmos and enjoy the most iconic space saga of all time in an outta this world evening! Whilst the film that started it all back in 1977 plays on a giant screen, you'll be treated to John Williams legendary score live, played by a full orchestra, adding another dimension to the interstellar adventures of Luke Skywalker, Princess Leia and Han Solo as they fight to save the universe from Darth Vader and the Empire.

It is a period of Civil War...

Farm boy Luke Skywalker's destiny changes forever when he is swept up in the rebellion against an evil Empire intent on taking over the galaxy. Mentored by the warrior hermit Yoda in the ways of the Jedi, Skywalker rises to help resistance leader Princess Leia foil the Empire's plans to build a formidable Death Star - a weapon capable of destroying whole planets, meeting adventurer Han Solo and a host of colorful characters on the way.

Sound good to you? Share this page on social media and let your friends know about Star Wars: A New Hope In Concert at Southern Alberta Jubilee Auditorium.