Sorry! You missed Noises Off at Theatre Calgary 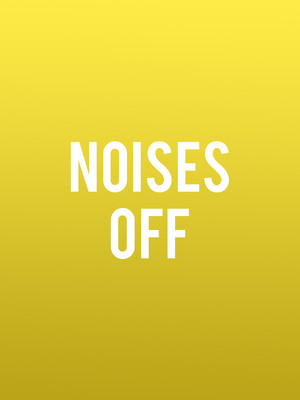 Frayn's chaotic farce is as thrilling as ever

Why See Noises Off?

Theatre Calgary's 2019/20 season kicks off to a rollicking start with English playwright Michael Frayn's riotous comedy Noises Off! Directed by local theatre hero Michael Frayn, the quintessentially British farce brings a large ensemble cast to the stage in a whirlwind of banter and expertly-timed physical comedy that'll have you rolling in the aisles and wiping away tears of laughter.

First performed in 1982, the iconic, Olivier Award-winning production is the ultimate tribute to the unpredictability of the theatre. The story starts mere hours before the opening of an adult comedy romp called Nothing On whilst a touring company hurriedly runs through a final dress rehearsal. The cast is loveable but entirely inept, and even though they can't remember their lines, entrances, exits, you can't help but root for them as they attempt to put on a shambles of a show.

It was my first time seeing a production at this theater and I was blown... more

This play reminded me of a hilarious episode of Three’s Company. There... more

Sound good to you? Share this page on social media and let your friends know about Noises Off at Theatre Calgary.