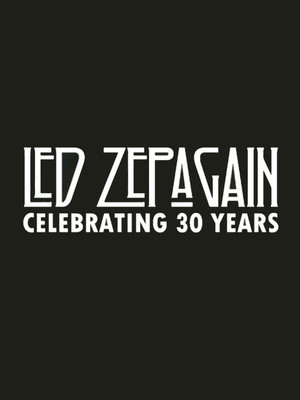 It's amazing how much you sound like us. You were inside the music, and you paid attention to detail in your presentation...I can tell you guys really love our music!

Feted by Jimmy Page themselves as one of the top Led Zepplin tribute bands out there, Led Zepagain has graced stages all over the world since 1988. With excellent attention to detail and authenticity, they dive headfirst into the 'Zep's back catalog and bring the fans what they want! Now celebrating over 30 years in the 'biz, don't miss this incendiary live show.

From the howling licks of Kashmir to the epic Stairway to Heaven, Led Zepplin are highly regarded as one of the top rock bands of the 20th Century. Formed in England in 1968 by Jimmy Page, Robert Plant, John Paul Jones and John Bonham, they have inspired generations of musicians all over the globe, leaving the scene in 1980 with one of the most honored and enjoyed legacies of any band since The Beatles.

Sound good to you? Share this page on social media and let your friends know about Led Zepagain at Grey Eagle Resort & Casino.